Astralis is a map conceived for the Capture the Flag mode of Quake Live featuring a futuristic theme.

It contain five attacking point and 4 escape routes which are all interconnected at the middle, giving versatility on how the offensive players will coordinate their attack while still allowing the defensive players a chance to intercept any escaping player.

Both defensive players have a few key areas they have to cycle through in order to remain at their full strength. The offensive players will have to adapt and attempt to take advantage of these rotations to steal the items from the defensive players or simply capturing their flag while they are missing from their optimum defensive location.

One of the escape routes is underwater. It is the stealthiest way to enter or exit the base but cost a lots of time due to the water removing any speed momentum.

The map features all weapons except BFG and Railgun. A power up is also placed in the middle open for contentions every 2 minutes. 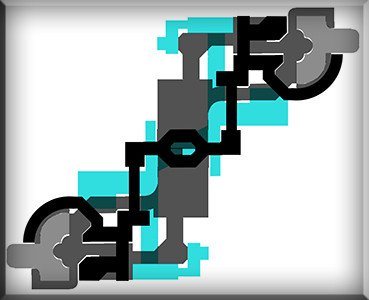